<Back to News
HB's Eighth Grade Presents "Once on this Island JR."

Hathaway Brown School’s eighth-grade musical, Once on This Island JR., is showing this week in the Ahuja Auditorium. 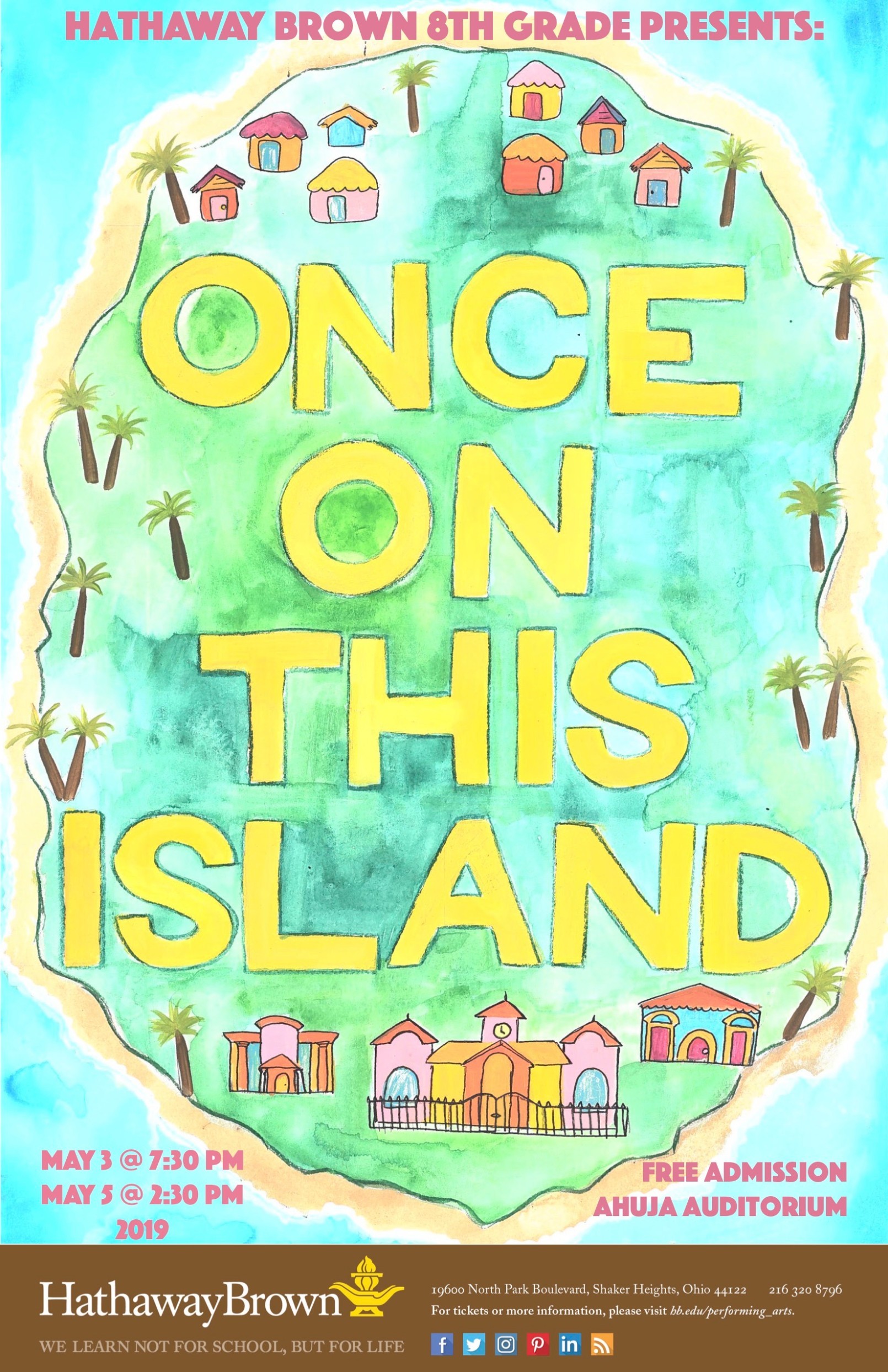 The eighth-grade musical is an HB tradition and culmination of the Middle School Performing Arts curriculum combining music, dance, and drama. Each eighth-grade student participates in the production as performers, choreographers, stage crew, student directors, and designers.

Adapted from the celebrated Broadway musical, this rousing Calypso-flavored tale follows one small girl who finds love in a world of prejudice. With its poignant story and catchy Caribbean-flavored score, Once on This Island JR. is a highly original theatrical adaptation of Hans Christian Andersen’s popular fairy tale, The Little Mermaid, and the Tony-nominated Broadway musical by the legendary writing team, Ahrens and Flaherty.

Through almost non-stop song and dance, this full-hearted musical tells the story of Ti Moune, a peasant girl who rescues and falls in love with Daniel, a wealthy boy from the other side of her island. When Daniel is returned to his people, the fantastical gods who rule the island, guide Ti Moune on a quest that will test the strength of her love against the powerful forces of prejudice, hatred and even death.