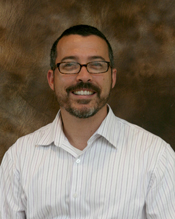 Terry Dubow, an Upper School English teacher and Hathaway Brown's Director of Strategic Projects, has been awarded the Seth Rosenberg prize administered by Cleveland's Community Partnership for Arts and Culture.

The prize was given for Dubow's short story "The Oldest Inn in America," which he based on the experience of one of his former students. The Seth Rosenberg Award brings with it a $2,500 check, membership the the Council of Smaller Enterprise's Arts Network, and a tuition waiver to the Artist as Entrepreneur Institute. Dubow says he plans to use the cash to fund some travel and research for a new novel he's working on.

One of two Rosenberg prize winners, Dubow entered his story for consideration in the Creative Workforce Fellowship program overseen by the Community Partnership for Arts and Culture. There were 174 applications this year from local artists in dance, literature, music, and theater. Twenty fellows were selected to receive $20,000 grants and two runners-up were chosen by a panel of arts experts to receive the Rosenberg prize.

Read more about this terrific achievement on Page B3 of the December 9 edition of The Plain Dealer and at cleveland.com: 20 Northeast Ohio artists will each receive $20,000 grants.

An excerpt from the opening of "The Oldest Inn in America":

The parking lot glimmered with the absence of cars, and Janey wanted to disappear. Once Sara turned off the ignition, the car seemed to exhale, exhausted and nap-ready from the long trip from Cleveland, Ohio to Rye, New York. The family sat together in silence, Janey in the back seat, Sara, the older sister, in the front with her hands gripped to the steering wheel, and their dying mother in the passenger seat staring into her sun visor’s mirror. She adjusted her headscarf. Here and there, a bird blurted a line from an unpracticed and truncated spring song.